I guess the Trollkin class set my mind on the track of "slightly monstrous adventurers with death-avoiding abilities". I googled "OSR skeleton class" and found only this: https://www.necropraxis.com/2014/02/06/skeleton-class/ so consider this class inspired by Necropraxis's. Essentially I've codified a bit more what it means to be an undead PC, and made the class rather more party-dependant.

The weird thing is, I don't even like monstrous PCs. Or perhaps I just don't like them being "core" options at the front of the book. I think the upfront choice presented to players should be simple. I see more exotic races/classes as something to be "unlocked" as the campaign progresses and more is learned about the world and alliances are forged - their availability depends on the PCs' actions in some way. Or for use in specific cases, like when a character becomes hopelessly lost in a necromantic dungeon.

Anyway, it's just your standard skelly. Fragile and misunderstood, dependant on others. Some weaknesses, some immunities. There is a bittersweet undertone to being brought back to “life”, because you know it’s not going to last forever. 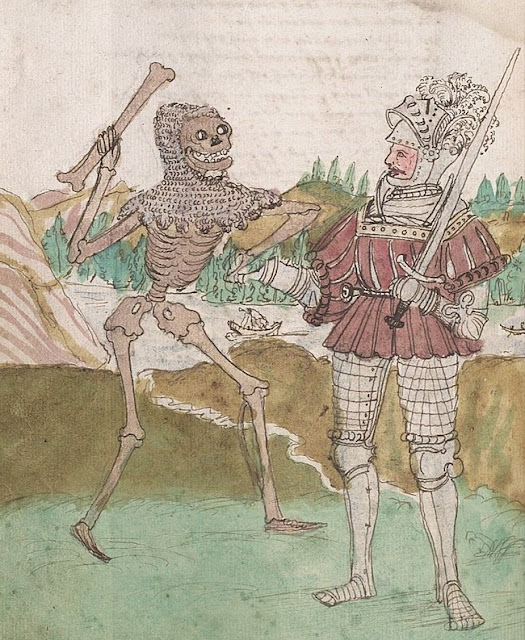 
Choose either Fighter or Thief/Specialist. Your HD, Attack, Saving Throws and XP requirements are the same as that class. If you chose Thief/Specialist, you get their skills, but if you chose Fighter, you don’t get any special maneuvers they may have. Magic-Users cannot become Skeleton Adventurers, because their magic energies have a destructive interference with any necromantic aura that may be present in the environment.

Spooky: You creep people out, though they’re not quite sure why. When wearing concealing robes and a hood, you have -2 to reaction rolls from civil society. When not concealed, you will be attacked on sight.

Due to your hollow voice, the reaction penalty applies even when using sight-based illusions, but illusions that also have an auditory component will negate the penalty.

Brittle: You take an additional die of damage from bludgeoning and crushing attacks, e.g. hammers, wolf jaws, and falling stones.

Unliving: You do not not need to breathe, eat or sleep. You are immune to sleep effects (but not charm effects), diseases and most poisons. You gain no benefit from magical healing, but can repair yourself during downtime at the usual healing rate. Unintelligent undead will ignore you unless you attack. Also, you can feign dead perfectly.

Meatless: You are very light, weighing only about 10-20 pounds. When riding piggyback, you only take up two inventory slots (or the equivalent of two standard swords).

Turn Resistance: You are affected by Turn Undead as an undead of HD equal to your level, but get a save vs. Magic to resist a successful turning.

Well-Articulated: You can detach a limb to use as a club for d6 damage.

Reconstitution: When reduced to 0 hit points or below, you crumple into a pile of bones. You may can be rebuilt and brought back to unlife. An attempt to rebuild your skeleton takes one turn, and requires an Intelligence ability check (or Medicine skill check, if your ruleset includes it) to succeed, though the cost of failure is only wasted time. On a successful check, you return to unlife, but lose 1 point from your Constitution score.

After reconstitution, there is a 1-in-6 chance that a random limb is missing, but you can always scavenge other peoples’ bones to find a replacement. 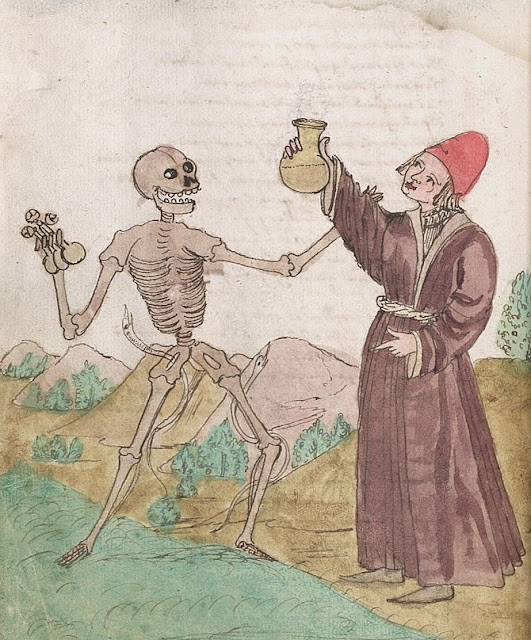 Posted by Homebrew Homunculus at 11:31

Very useful and imaginative, I'll put it on my games for sure.