The Way to Do Ascending Armor Class

As a DM who loves the OSR, you probably want to get as many people into it as possible. Thus, if there is something you can do to make the game more accessible without any functional changes, you should probably do it. For example: using ascending armor class, which the vast majority of players are more familiar with than descending armor class.

Of course, old adventure modules you will use at the table descending armor class. In this case, it's easy for you, as the DM, to look at the page and convert the number in your head. Far easier and faster, at least, than having to explain attack tables or THAC0 to each new player.

Conversion is as simple as subtracting the old AC or THAC0 value from your conversion base, which is a fixed number. So what do you choose as this base? If the choice can make the mental arithmetic even a tiny sliver easier for you, then it will save a lot of time in the long run. I find that a round number like 20 is slightly easier to subtract from.

Thus, if you're reading an old module and see a monster with 5 AC, you tell the players that it has 15 AC. Monster attack bonus is an even easier case: you don't even need to check the attack table if you can memorize how monster HD relates to attack bonus. In our case, that is exceptionally easy - monsters have an attack bonus equal to their HD! (At least up to 8 HD - the B/X attack progression slows down at very high HDs.) That means that monsters with less than 1 HD have +1, and so on. "Normal men", which I like to think of as "level 0 types", have an attack bonus of +0.

Very clean, right? It's kind of intuitive that all 1st level PCs attack at +1, and thus all "normal humans" - those who haven't gained a class - attack at +0. Anyone with a class attacks at +1 (you can think of 'monster' as a class).

If you chose another number as your base, say 19, then level 0 types would attack at -1? That's weird.

So if 20 is such a good base, surely most modern AAC-using retroclones use it? As it turns out, no.

Swords & Wizardry offers both descending and ascending AC. Old-school descending AC and attack tables are the same as B/X - unarmored AC is 9. In ascending AC, unarmored is 10. This means that to hit an opponent with 20 AC, a 1st level Fighter needs to roll a 20 - as if her attack bonus was +0. So does that mean normal humans have an attack bonus of -1? The book doesn't say. Is the authors's sole reason for choosing 19 as the conversion base that an "unarmored base AC" of 10 looks pretty? If so, I don't think that's a very good reason.

Lamentations of the Flame Princess goes in a completely different direction. There, unarmored characters have 12 AC (ascending). In other words, the conversion base is 21 (21-9 = 12). To match, Fighters attack at +2. But all other PC classes only attack at +1, so they've been demoted to "normal humans" - while NPCs themselves attack at +0! Overall, everything is harder to hit, to suit the game's greater emphasis on horror. I actually think this is a bit of a trap for new players, who get recommended LotFP as the "default, generic" OSR game, but are faced with a lot more frustration than anticipated. Buyer beware!

Basic Fantasy RPG, for one, does it right. PCs have an attack bonus of +1, normal men of +0, and unarmored AC is 11! Hooray! For everything BFRPG does that I disagree with, here is one part where they knock it out of the park: designing with the actual use case (on-the-fly conversion) in mind, rather than for a surface appearance of elegance.

I don't think anyone cares if unarmored AC is a nice round number - when it goes on the sheet, it gets modified by their equipment and Dexterity anyway. Basic Fantasy: 1, Swords & Wizardry: 0.

Of course, if you use the above system and play a S&W module that lists both DAC and AAC, you will need to either use the DAC for conversion, raise the quoted AAC by 1, or use the AAC as-is and be happy with the fact that monsters are nerfed by 1 AC, which is probably perfectly fine. 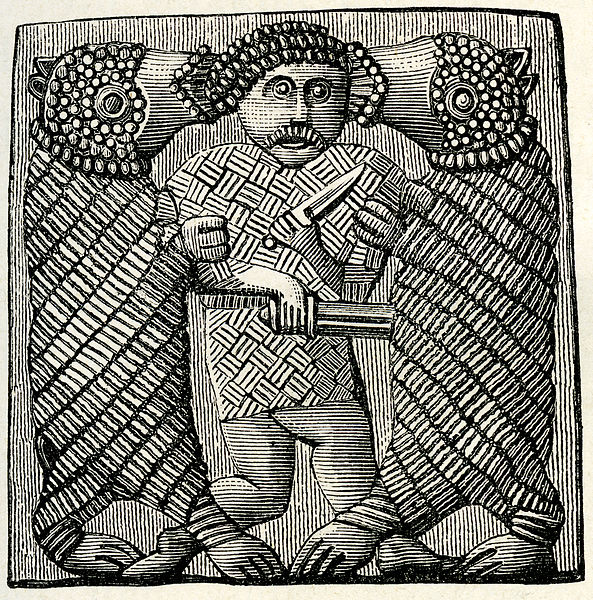 (Another tiny caveat: the above only talks about converting B/X and OD&D materials, where unarmored is 9 and Fighters have THAC0 19. AD&D actually changes these, moving unarmored to 10 and giving Fighters THAC0 20 to match. If you use the above to convert the AC values from an AD&D module, you will end up nerfing the monsters by 1 point. And that's probably perfectly fine too.)

Posted by Homebrew Homunculus at 12:58

I actually think this is a bit of a trap for new players, who get recommended LotFP as the "default, generic" OSR game, but are faced with a lot more frustration than anticipated. Buyer beware!

It's true. It was the first retro game I ever ran, years and years ago, and I remember being puzzled at how slow and clunky the combat felt. Wasn't this supposed to be the fast and slick version of dungeon crawling?

Nuts how such a small numerical adjustment can completely change the feel of a game.