Presenting the Only Good Encumbrance System for 5e

Edit: It turns out most people just want the rules and not the editorial - If you don't want to know why you should use encumbrance and will just take my word for it, skip to the last section, or see the printable PDF of the rules here and the new inventory sheet here.


For games to really make you immerse yourself in the world, and to creatively use your tools to "attack" things that don't have statblocks, i.e. problems and obstacles, some semblance of verisimilitude is required.* Even if the mechanical representation of verisimilitude is highly abstracted and streamlined, instead of a 100% accurate simulation, then as long as they make players care about the environment a little bit, the rules are successful.

If characters need to eat each day, for example, they might need to think before charging into the vast desert. They might have to decide whether to hire a ranger, find a certain spell, eat their own mounts... That means thinking about the people, animals etc. of their environment. Do you butcher the trusty steed that has served you for the entire campaign? Do you take all the treasure, or do you carry more food and rope? Do you prepare a non-combat spell for once? Do you negotiate a truce with the monstrous humanoids for a place to eat and rest? Do you discard food or treasure to distract the enemy and escape?

Choices! Choices are the essence of the game. If the players are not making meaningful choices, then they're not playing, they're just chatting and listening to the DM's story. More choices per session means more play is happening. (But note, again, that they have to be MEANINGFUL choices. Anything that is not meaningful can be skipped, condensed, fast-forwarded, dealt with in a montage. If every shop has the same prices and none of the shopkeepers are my character's long lost brother, then I don't need to act out finding a shop and purchasing some lamp oil. Meaningful choices have consequences.)

Of course, the player-invented subgoals that arise from thinking of the environment as a real and organic world may veer the game off the railroad tracks. But, believe it or not, it's actually more fun that way. The game becomes more like a real adventure story with sidetreks and surprises, rather than a string of arena combats.

* 'Verisimilitude' instead of 'realism' so that nobody complains that dragons are not realistic.


Some people believe that things concerned with verisimilitude are boring, and thus they don't need rules. But in fact, the reason that those things most of all need good rules is to prevent the implementation of verisimilitude from becoming a bore at the table. It is the game designer's job to make the player-facing procedures for tracking time, light, weight, and resources so quick and easy that they will actually use them and not throw them in the trash after ten minutes because it's a chore (and the benefits haven't become apparent yet). If the DM, being equipped with good rules, doesn't have to constantly make on-the-spot rulings about this or that mundane factor, then they are free to make more rulings on exciting and fantastic things. Like jumping onto flying monsters or whatever.

The game designer has to do all the hard up-front work of abstraction, making spreadsheets and playtesting to boil down mundane considerations to their essentials so that they have smooth and balanced procedures later on. The other option is for everyone to just say "fuck it" and not think about such things for a moment, run from combat to combat carrying 20 warhammers, spend limitless time on any task because they never have to eat, and so on. I'm not saying that's badwrongfun. But if the rules do their job, then you have the option of trying something different.

Encumbrance as it exists in 5e


Speaking of playtesting... D&D 5e has optional rules for different levels of encumbrance (PHB p. 176). I'm going to make a claim right now that those rules have never been playtested. Literally no one in the world uses those rules, but I believe that even the creators of the game have never attempted to use them. They're so off-kilter, I don't think anyone has even put them into a spreadsheet to check out how the numbers turn out... But I have done just that. You will be enraptured to know that a Paladin's starting equipment of 127 lbs. puts them well into lightly encumbered status, and at 70% of the way into heavily encumbered. That's a 10' speed reduction, BEFORE picking up any loot. And that's assuming an 18 Strength, which is the highest possible for a starting character. So I'm going to say the numbers were asspulled and never checked, because nobody cared. Which makes you wonder why they bothered to print a "weight" column onto the item list.

Luckily, I have solved this problem by creating actually good rules for encumbrance that are based on abstract slots - one item per slot, most of the time. I even did the spreadsheet calculations for you: using these rules, characters start only 40-70% of the way to lightly encumbered (instead of potentially 140-190% as using the misguided rules from the Player's Handbook). There have been similar slot- or stone-based systems in other games, and some fan-made ones for 5e, but the balance maths on those was rather off and they were still far more detailed than necessary. These rules, however, are complete and perfectly balanced. They are the only encumbrance rules you will ever need for 5e. They take even less time than tracking your spell slots, so you no longer have an excuse to ignore encumbrance, plus they fit on one single page. I even included a ready-made inventory sheet which doubles as a cheat sheet for the rules. You're welcome.

Read the full rules below or in a printable one-page PDF here. See the PDF of the inventory sheet/cheat sheet here.


You can carry up to 10 + your Strength score in item slots without penalty. Above that limit, you are lightly encumbered, and your speed becomes 20’. While encumbered, racial speed modifiers have no effect, and you cannot benefit from any passive bonus to speed such as Unarmored Movement, although you can still benefit from temporary effects such as spells.

If carrying more than 20 + their Strength score, you are heavily encumbered, decreasing your speed further to 10’, and giving you disadvantage on attack rolls, Dexterity and Strength saving throws, and all physical ability checks.

If you are carrying more than 30 + your Strength score, you are over-encumbered, and your speed becomes 0'.

The first 10 item slots in your list, plus up to 100 coins or gems, are considered to be on your belt, pockets, or otherwise easily available. The rest are in your backpack, and cannot be retrieved without using an action to dig through the backpack.

Posted by Homebrew Homunculus at 07:18 5 comments:

Here's how you generate characters in my game. The priority is speed at the table, while still giving every character something small and unique. Nothing super involved or gonzo like alien technology or slime pheromones; almost all of the items are based on real history. The assumption is a "standard" D&D setting.

3d6 in order, swap one pair if you want, start over if sum of modifiers is negative.

(Maybe max HP at 1st level, not quite sure yet.)

Use the random table for starting equipment over at Sword & Scoundrel:
Web link, PDF link.

(If they don't know how good hirelings are, everyone will dump Charisma.)

3. Roll once on the following d120 table for a useful item or memento.

Or click here for a handy 1-page PDF version of the table.

(There are ~6 entries that directly deal damage, plus two entries with spell scrolls. The DM rolls for a random 1st level spell for the scrolls. #75 will also require the DM to scribble up a little map at some point.)

4. If they want quick hirelings, roll some up.

Use the fantastic Meatshields hireling generator for Barrowmaze. 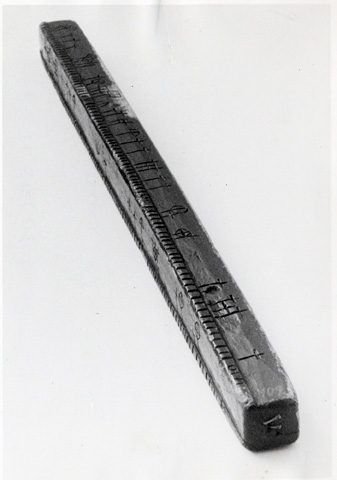 Posted by Homebrew Homunculus at 13:11 No comments: